Where are all these kittens coming from?  We have moved to this home for less than 3 years.  We brought our cat Dicky together with us... Unfortunately, Dicky, who has been with us for 17.5 years, left us on July 2012.

The kittens story started with their Grandma/Mom...  She came to our front yard on December 2011...  She looked hungry and our maid Annie gave her some of Dicky's cat food.  Later on, we found out that the poor cat was left behind by her master who moved out from our complex. 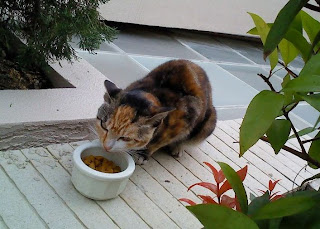 The poor cat was not very friendly even though she came by and picked up food from us.  Around spring time 2012, we found her pregnant and later gave birth to Wonkie and FaFa. 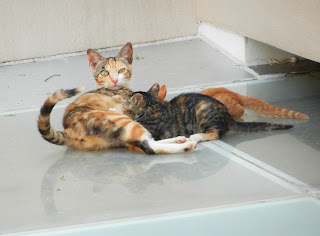 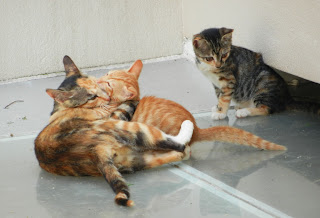 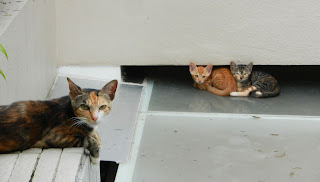 The two kittens were so cute and lovely...  However, we were in tough time of losing Dicky and we did not spend much time playing and taking care of them.  We only provided them food, water, and toilet so that they would not disturb our neighbors. 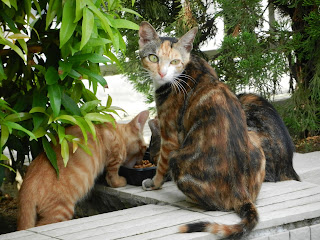 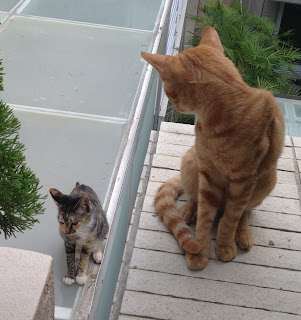 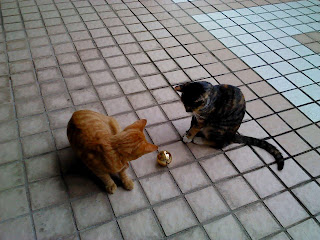 Mom got pregnant again and 5 kittens were born in around October.  This time she had her kittens born in an vacant garage.  She came to us for food but the kittens were kept in the vacant garage.  Given the tough condition and traffic in the complex, only two survived.  They were Cheers and Vita. Unfortunately Cheers' leg was hurt by a car and later we could not see her anymore.  Vita is the only survivor in this batch...

This is the Family Tree of these cats...  Except for the Mom (now Grandma), every one has a nice name...  And all 9 kittens now have new home and live happily with their new family members...  FaFa and Vita are spayed and lived in our garage.  Wonkie and Mom come, eat, drink and go around... enjoying lives :) 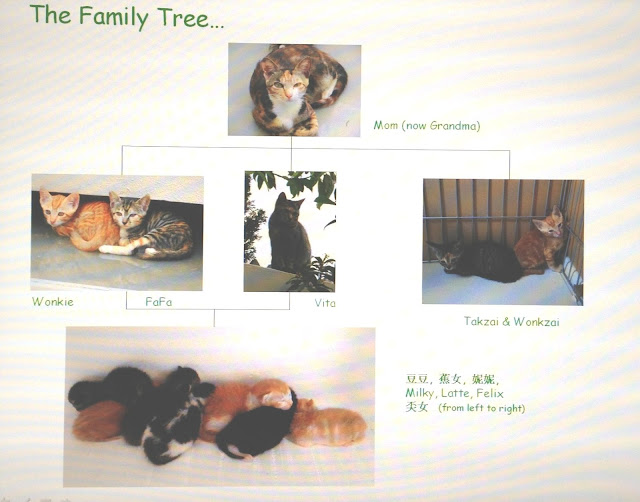 Where are all these kittens coming from?  We have moved to this home for less than 3 years.  We brought our cat Dicky together with us... Un...